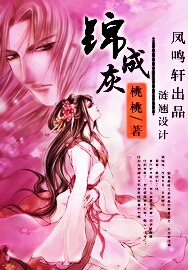 It was a beautiful beginning.

She was a precious princess who was treasured by her father. Her life should have been filled with beauty, without winter, only sunshine.

She just had to meet him.

As she was dozing off, wrapped in a bundle of blankets on her father’s lap in court,

He was kneeling below, with a pale complexion and picturesque eyes. A small red mark was imprinted between his brows, akin to a red-crowned crane – alluring and highly venomous.

He was a prince from the enemy land being held hostage, possessing an uncertain future

She was the princess, with royal blood running in her veins.

Hence, she became a legend passed down in folksongs on the apricot path: To give her life to the one she loves. Even if there came a day of heartless abandonment, there would be no regrets.

But, in this story, there was another person.

At her lowest points, he said to her, I will take you away, to the ends of the earth, not leaving, not forsaking – But, unfortunately, he wasn’t the same young man from the very start.

Till the end, when everything that flourished receded, she realised. Alas, all her former hate and pain was nothing but a lie.

Her one lifetime was the most magnificent beauty. After which, simply reduced to ash.