Battling Records of the Chosen One 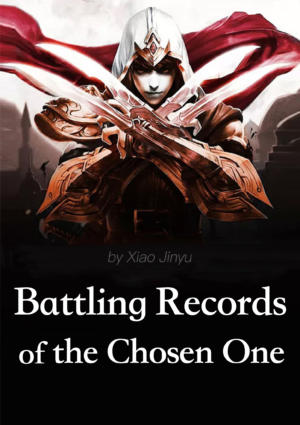 In the vast and boundless continent Cangtu, there were ancient sects governing the Ten Old Domains, unworldly immortal clans beyond the Blue Density, and primordial demon gods dominating the dark abyss that together created an unknown number of brilliant chapters over the long course of the history.

In this very world, there was a boy, named Lin Xun, who embarked on his journey to the pinnacle of strength alone through cultivation and spiritual tattoo inscribing.

Escaped alone from the Mine Prison where he had been living since his adoption, Lin Xun knew nothing about his identity but the little information his adopter, Master Lu, had told him. With two ancient spiritual tools Master Lu gave to him before the destruction of the Mine Prison, Lin Xun started his journey to Ziyao Empire, where he is supposed to find out the truth of his lost Spiritual Vessel and the person who slaughtered his family, leaving him orphaned.

Will he be able to unlock the mysteries of the two magic treasures, unveil the secrets of his identity and create a legend of his own?