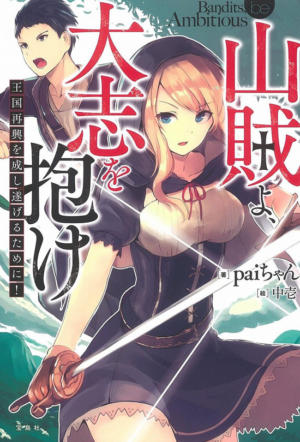 Although I was longing to live in a different world, when I actually got there it wasn’t an easy thing as I thought.

Generally, If I go to different world, the most noticing thing would be the field of forest right?

But suddenly I fell on a conference table.

From the clothes of the people who arrested me, I thought this was probably different world. The survivor of a knights order of destroyed country seems to be deciding what to do from now on.

They seems to want to restore the kingdom back. What a serious bunch.

When the princess show up, they were discussing their future plan. Then I give some slight advice and was set as their adviser.

The suggestion I gave was to become a bandit. I wondered if the guys who were knights of the kingdom could become bandits…

The final goal to revive the kingdom was a rocky path. However, it should be expected.

Even if I found a job in this world, I am still a NEET. They seemed to have taken care of food, clothing and shelter too.

The future was long, the moral of the knight seems to be high. Surprisingly it might go well…