Balancing My Support Magic and Summoning Magic in Another World (LN) 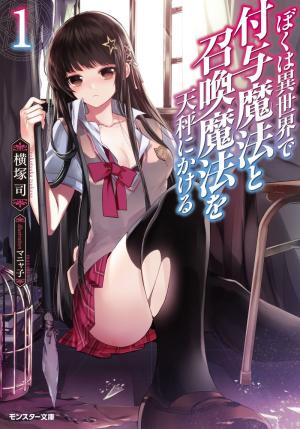 Bullied and ostracized by his peers, Kazuhisa Kaya set off into the nearby mountains with one purpose: to dig a pitfall and kill the person behind his suffering. Unbeknownst to him, however, his entire private boarding school had been transported to another world! By some stroke of good luck, his pitfall ends up killing a monster instead. From that moment forward, Kazuhisa evolved into a rare being capable of bringing down monsters… and with his newfound powers, he saves another student being attacked by an orc.