Baku -The Beast’s Dream and the Sleeping Princess 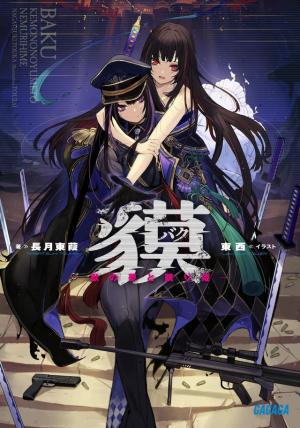 A boy who kills nightmares and a girl who lives them.

In the modern age, communication technology has developed that uses dreams as a medium instead of electrons.

In the world of “shared dreams,” people are engaged in economic activities even when they are asleep.

A malignant factor that invades artificial dreams and destroys the mind, “Nightmares (Noise)” ……

There are those who make a living out of suppressing them with force.

They were called “tapirs” by the people, who likened them to dream-eating beasts.

One day, Touya Rumaki, a high school student who carries out his duties as a “tapir,” finds himself in a situation where he is unable to find a way out. He meets a “witch” in a wheelchair.

The girl, who called herself “Meia”, stretched out her body, which was not free in any way, to Touya and whispered to him like a spell.

“I’ve been betrayed by everything in this world.

The nightmare that has been called a disaster, “The Beast’s Dream,” awakens.

This is the beginning of a dark battle of science fiction and otherworldly powers that will distort the world!