Back to Before I Married the Tyrant 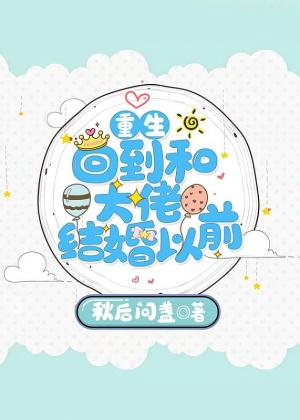 Back in university Lu Yao married the most powerful man in Beicheng, Fu Shishu. In one fell swoop, she turned from a pheasant to a phoenix.

Lu Yao should have lived the rest of her life as a rich man’s noble wife, but who could have known that her maiden family would become a burden to her. She courted disaster for her younger brother’s sake and she was finally divorced by Fu Shishu.

Originally Lu Yao had thought that even if she was divorced, there will still be her maiden home to return to. Those years as Fu Shishu’s wife she had bought her family a big mansion and a luxury car. Yet before she could step through the threshold, she was turned away.

The poor and impoverished Lu Yao became ill, and her family refused to look at her even till her dying breath.

Then she woke up at the time before she had married Fu Shishu. Once again, that man asked her:

Thinking of her outcome in her past life, Lu Yao politely declined. She only wanted to live a quiet and calm life.

He gazed into her eyes deeply, and casually pulled at his cuffs. With a smile, he spoke, “Other than me, who dares to marry you?”