Asuka of the Scarlet Sky 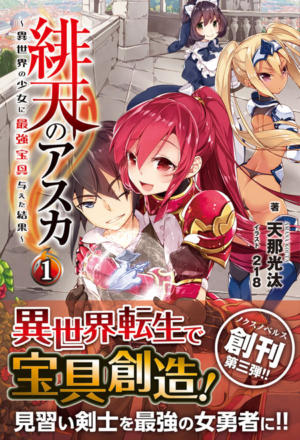 Kashiwagi Yuuto, who was bored with his life, died in an unexpected accident. He was given the ability to create holy treasure tools from God after his death. Yuuto was thrown out to another world and met Asuka, the girl who wants to be a hero.

A scarlet swordswoman and a Captain of the Royal family imperial guard. A female hero who every citizen yearned for, was engulfed in the secret pleasures of a woman.