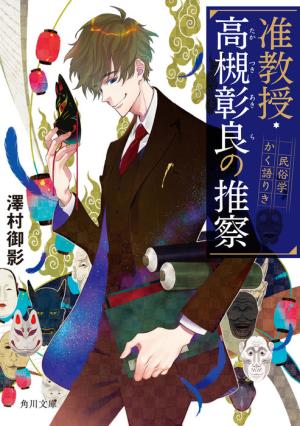 “Mysteries are composed of phenomena and interpretations, Fukamachi-kun.”

University student Fukamachi Naoya possessed ears that could hear people’s lies, isolating him from others. After deciding to take “Folklore Studies 2” on a whim, he somehow caught the attention of Takatsuki Akira, the associate professor in charge of the lectures. This man immediately becomes excited whenever he encounters a mystery, so Naoya becomes his assistant whose role is to “bring him back to earth.”

As the two became closer, Naoya discovered that Takatsuki’s eyes occasionally turned blue like the night sky and the man possessed perfect memory.

In reality, Takatsuki also experienced something strange when he was young…