As the Minor Gay Rival in Het Novels 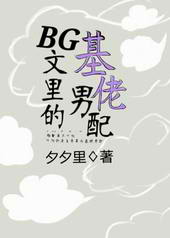 There are always four kinds of people in the traditional Mary Sue world. The Male Lead, the Mary Sue female lead, the woman who never wanted to see the female protagonist live a good life, and the infatuated man willing to destroy heaven and earth to get the female lead.

However, with the rapid expansion of the army of rotten women, there is also a growing type of character, and that is a man who is also infatuated with the male lord… This character is referred to as the gay guy. They share the same infatuation like the second man, also has a tragic end and works together in hindering the male and female protagonist’s love.

Fan Yuan has walked in every time and space playing the gay man. He had always enjoyed it, until one day, with superb acting, he made the male lead bent. O (╯-╰) o

Fan Yuan (affectionate confession): “I do not want to be your brother, in fact I have always loved you.”

Someone (fondly looking back): “Me too.”

You’ve got the wrong line, bro!