Artificial Demon King – I’ve Been Living a Lazy Life Using High Technology, and for Some Reason I’ve Been Called the Demon Lord (T_T) 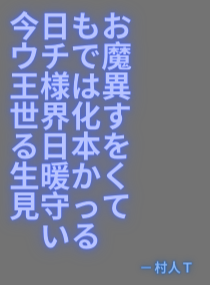 Kibitsu Cho, who died of exhaustion at a black company, is reincarnated as an all-powerful android in the world that followed.

In a future world where humanity is dying, ecosystems are changing, and monsters are stirring, Cho uses his super specs and the high-tech technology of the past to explore his surroundings as he pleases while enjoying his life as a hermit.

In a world where civilization has fallen, and the world has returned to its primitive state, he has created a uniquely artificial castle city and spends his days living in comfort.

The human race, which was supposed to have been destroyed, has arrived.

He had no idea.

That encounter set him on the path to becoming the “Demon King”.

“I’m just shutting myself in.”

The film depicts the life of Kibitsu Cho, a man who was later feared by history and somehow came to be known as the “Demon King.