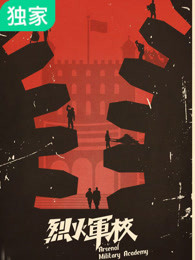 This is a novel of the same name adapted from the original project of Huanyu Film and Television, “Arsenal Military Academy”, scenario:

The story tells the re-enrollment of the Arsenal Military Academy, which trains military officers. Xie Xiang, a woman from a scholarly family, joined the army on behalf of her brother. She disguised herself as a man and entered the lecture hall to study and live with her classmates. The conspiracy to smash the enemy together continues to mature, she joined the southern revolutionary team and became a true patriotic youth.