Apparent Expert in an Alternate World 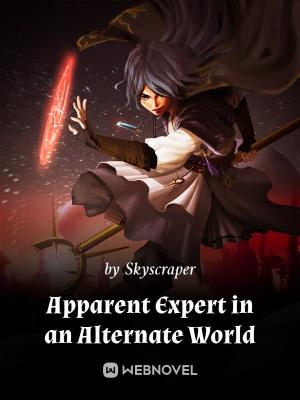 Chu Nan: I am the best player in the game..

System: F*ck! You’re the only player in this entire server.

Chu Nan: I have all the game’s Ten Great Celestial Weapons for warriors, Five Great Celestial Artifacts for magicians, the Ten Supreme Battle Skill Inheritance… and as for dragon crystals and magical cores, I have countless of them!

System: F*ck, you got them all at the price of ten bucks, alright!

Chu Nan: I have f*cking transmigrated to another world.

God of Creation: Damn! This poverty-stricken fellow is wealthier than this entire continent combined, which I had created.

A novel about the MC crossing over to another continent, and while others were still working hard to obtain a single earth-grade equipment, our protagonist’s subordinates are already fully equipped with heaven-grade equipment!

He is also a master at bragging and he lies with a straight face. Read on to see him get out of difficult situations with his mediocre abilities and how people around him attempt to take advantage of him, but somehow fall right into his trap.