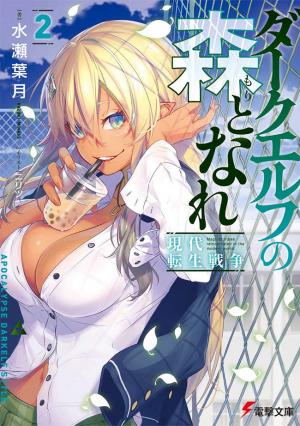 Asakura Rensuke is a Knight Candidate, who wore a honor student’s mask, that protects Japan from a natural threat called ‘Radiant Beasts’ using an Iron Steel Knight, which he pilots better than anyone else.

One day, from the top of a tree, he was suddenly jumped upon by a dark elf named Sheena— a ‘gyaru’ high school student… who has been reincarnated from another world.

She has a provocative attitude, lecherous speech, and a bright, sunny smile. Rensuke took Sheena as one of his family members and starts living with her in an apartment, soon getting caught up in a battle royale for survival among magical species that have been reincarnated from other worlds.

This is the mythical apocalypse story of two people who have fallen out of the world.