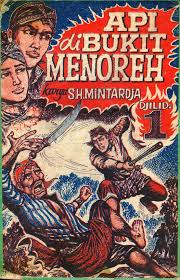 Because the Pajang kingdom is approaching its end, There are a lot of rebellion to snatch the throne.

Agung Sedayu, because his big brother is a figure in the pajang troops who fighting against the remnants follower of Arya penangsang who were conducting guerrilla. He was forced to change its nature from coward and weak to strong and brave.