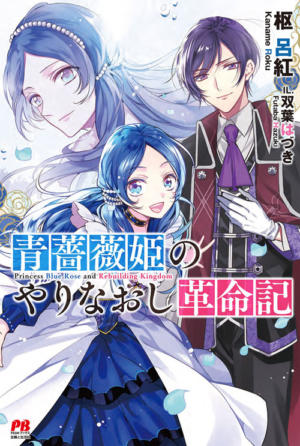 The kingdom of Heileland had a long and proud history. However, during the night of the Star Festival celebrating the birth of the kingdom, Queen Alicia was stabbed through the chest as a rebel army stormed the castle.

Her beloved king had abandoned the people and fled with his favorite mistress. Alicia should have died in the depths of despair, reviled as the “Courtesan’s Poisonous Rose”, but for some reason, she was given a second chance at her life.

On her 10th birthday, she suddenly regained memories of the night of the uprising. In her redo-life, Princess Alicia began to ascertain what happened through the chaos. In a strange twist of fate, Alicia ran into the bishounen who had killed her in her previous life: Clovis.

The princess, to whom fate had granted a second chance, in order to avert the gruesome future awaiting the kingdom, must work together with the would-be leader of the revolutionaries, Aide-to-the-Princess, Clovis.