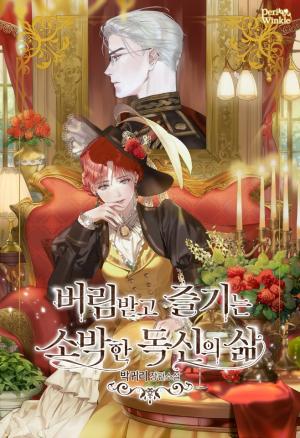 “I don’t need a daughter like you in my family! I don’t think it’s a shame to be swept away by a scandal, but it’s a frivolous act!”

She didn’t even care about fancy stuff like jewelry. Even though the ends were ripped apart, the curtains in the hideous bedroom were not that horrible. Shoes of varying heights were also acceptable because they all resembled the heels.

But Catherine was tired of it now.

She decided to leave this house even if it was dirty and cheap.

“Who is it, the Pope’s Watchdog? You’ve come all the way here.”

The man who broke into her house was drenched from head to toe. The mud was crushed badly beneath the black leather boots.

Unbelievable. He dragged mud, not grass, as she cleaned the floor!

“The disguise is pretty plausible. Anyone who saw it would have been fooled since she seems to be an ordinary city woman—”

She held out the mop she was holding to the man.

“What are you looking at so s*upid? I told you to clean the floor. And don’t pull a sword at first sight. You want to be charged with attempted murder because breaking into a house isn’t enough?”