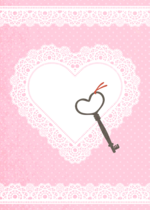 “You’ll be my partner for the Lunatic night.”

—-That time, I met him at the mansion I was taken to.

Downtown Eastschist, the eastern metropolis, is said to be the most dangerous area.

The city of crime where sirens would sound everywhere until dawn.

And… humans don’t know that in Eastschist, which is also called the melting pot of all races, non-human beings can easily mingle with people and go unnoticed.

On the dangerous night streets, omega-born Angel Blanc, who was trying to sell his body to survive, was rescued by Aron Taker, a younger man with amber eyes, as he was about to be taken away by a member of the Mantegna family, a mafia who holds the power in Eastschist.

For Angel, who was desperate to find a job, Aron introduced him to work at the luxury club run by his elder brother.

Angel, attracted by his amber eyes, calls him Amber.

However, he didn’t see him since then. And, with Ian, the club owner and Amber’s elder brother, he was going to spend his first night.