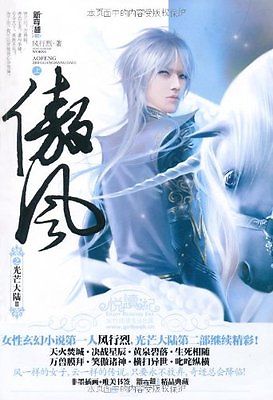 Qin Aofeng, a third-generation descendant of the great and prestigious family, the Qin Family, just as famous as the genius big brother Aotian but famed in Qin City as the “Good-for-nothing Seventh Young Master.”

The compound is perilous, the clan is full of conflict. Before her rebirth, she dressed as a male, her birth a mystery. Because of her lacking talent, she was thought of as a worthless member of the clan. After her rebirth, she walked onto the path of a strong person, and lived on the continent like a fish in water.

Until one day at the capital city of the empire, the spear of the patriarch pointed to her young uncle that she always treasured, the “young male” that had always been undistinguished stood out, and astounded everyone, becoming a peerless genius. Ever since then, countless males and females became made for … …

The vast ancient forests, the deep bogs shrouded in back mist, the desolate and endless desert, the mountains and plains without any border where the magical beasts moved unhindered, this was a vast magical world.