An S-ranked Party’s Burden Tamer, I Awoke My True Power by Killing a Familiar ~The Exiled Tamer is Actually the Only Necromancer in the World. Unknowingly Becoming the Strongest While Enjoying this Excess Power~ 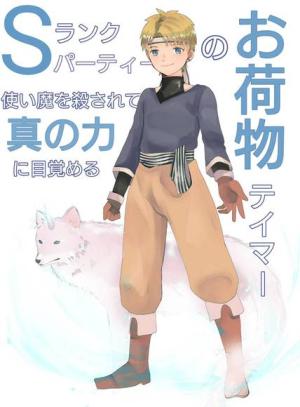 Recon, mapping, carrying baggage, cooking, keeping watch, taking blows… even while doing all these things, the tamer, Randall, is called a burden and useless by his party members.

Randall belongs to an S-ranked party, the strongest and most well-known in the land.

Excellent at both attacking and defending, while also guiding the party as its charismatic leader, the swordsman Feydeau.

The genius magician who graduated top of her class from the greatest magic academy in the country, Mayle.

A famous head priest while also being the youngest saint of miracles, Quella.

Showing extraordinary drive and teamwork while surpassing their original capabilities, they immediately became some of the most famous names in the country, expected as the stars of the guild to continue their heroic actions.

On the other hand, Randall was ridiculed as a burden who was only in the party because he was Feydeau’s childhood friend. The party’s dissatisfaction was all focused on Randall.

But the abnormal tamer named Randall is actually gaining influence around the world…?

Unappreciated by his fellow party members, scapegoated by them and pushed away, the story of revenge as he becomes the strongest necromancer and unlocks his true power.