An Athlete Held up by an Entertainment Career 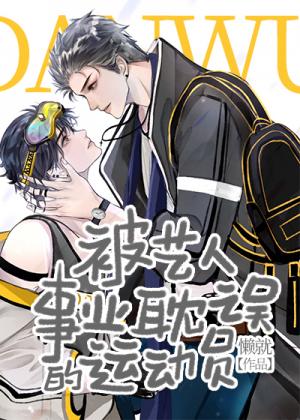 Yu Nian transmigrates into a romance novel, where he is forced to join the Entertainment Industry by the CEO of the company and becomes a Beautiful Cannon Fodder.

In contrast to the Protagonist’s innocence, hard-working personality, and extremely popular selling point; the Beautiful Cannon Fodder is a vulgar, degenerate, uninteresting, and outrageous vase.

That’s what everyone thought.

Until Yu Nian participated in the All-Star Games.

In the Figure Skating Competition at the All-Star Games, the requirements are high and the number of participants is low. Celebrities can win a medal after skating a few laps on the ice, the scene can be described as chickens pecking each other.

When it was Yu Nian’s turn to perform, the teenager took off his jacket to reveal a tight-fitting costume; it emphasized his narrow waist, slender body, and his long legs, causing many in the audience to have a dry mouth. Before the fans let out their admiration at finding such a treasure, Yu Nian landed a Triple Axel.

After the game, there were rumors that the National Team’s Coach was seen backstage of the arena, holding the teenager’s hand and was dead set on not letting him go.

Fans: “You are too modest.”

Fans found out that he was really not good at figure skating. He was an extreme sports athlete.

The summit of Chieftain Rock, a vertical mountain of three thousand feet.

Surfing on a giant wave with a height of 30 meters on the North Beach of Nazare.

Kawagarbo, a sacred mountain that refuses to be climbed by human beings.

In front of you is a Jedi, behind you is the blue dome of heaven.

The situation is dangerous, adrenaline-filled, and laughing along with Death.