An Angelic B*tch’s Climb Up The Social Ladder 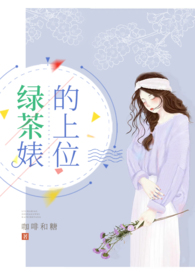 Lin Zhinan- daughter of a prostitute, the rat of society’s lowest rung. In order to escape her fate, she desperately fled from the small county town. In order to become part of the upper class, she schemed in search of ways to approach the group of people at the top of the pyramid.

Making up lies one after one, plotting to become someone else’s substitute, seducing other people’s boyfriends… Before the string of unfathomable men, her pathway is bound to be full of hardships and struggles.

Those who looked down on her eventually regarded her as their salvation.

ˉˉBut on the day, the lie is revealed, how should Lin Zhinan face the blackening of the men who were in love with her but were ruthlessly abandoned?

Hii, decided to pick this up because it’s one of those good reads that I can’t wait for the next chapter. Because I was so deprived, I started translating this in order to ease my addiction symptoms, and of course to share this awesome novel with more people as well.

If you don’t mind reading a female protagonist novel with reverse harem(3-4 male leads), a female lead not at all dumb and logical plot that’s insanely good, then please feel free to try out this novel~