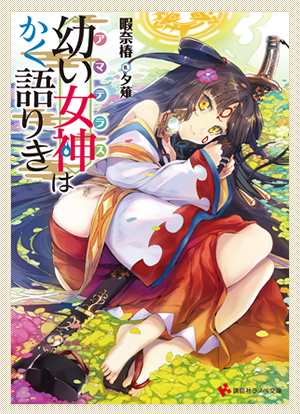 In current day Japan, Tokio…the lamp of the imperial capital――

Before an interviewer from America, the young goddess Amaterasu speaks.

Our tale takes place in ancient Japan, during the dark ages of the 4th century――

It is an age where mysteries and visions have yet to be composed into legends.

This is the tale of the first Samurai, who began the foundation of this country.

The invasion of Yamatai, gods from foreign lands, strange spirits and people living at the fringes of imperial rule.

The meeting between a boy who was only human, and a girl who was a powerless god would renew an ancient vow.