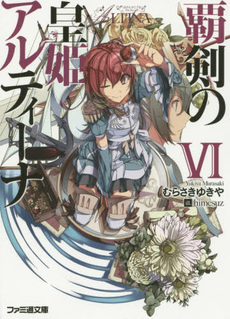 Regis, an incapable soldier, who is bad at both sword and archery that only reads books. He meets a girl at the remote region where he was transferred to. Red hair crimson eyes princess Altina who wields the supreme ruler’s sword.

She was appointed to become the commander of the army of the remote region despite being fourteen years old, simply for being the illegitimate child of the Emperor. However, she is holding onto her big dream without being depressed in the environment she is in. “I trust you”.

Regis who was sought from her as a tactician stands up to the obstacles together with her. The military fantasy interweaved by the bibliophagic boy and the princess with the supreme ruler’s sword.