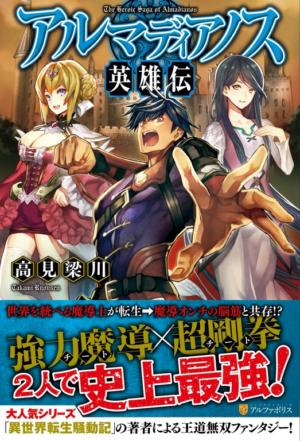 In the world of Dulmond, there was a mage who had spent his whole life striving for the peak of power. A goal that he finally reached after many centuries, until the point of starting to unite with the stars: a thousand years long process which would normally make one lose his sense of self, but this man, Bernst Almadianos, had managed to retain his ego. However, that came with the price of an unbearable feeling of boredom.

Despite his many attempts, he was ultimately never able to make himself feel human again, or feel even anything at all. In his final moments before becoming one with the universe’s constellations, he decided to try one last thing; he created an avatar of himself in a different world and granted it a mind of its own. He then linked a part of his own soul to it so as to share its emotions and experiences, in the hope that he would be able to relive his young days through the avatar’s eyes.

However, he would soon find out that his artificial creation and himself could have much different paths in life.