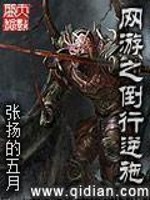 Due to not being able to buy a game helmet, diabolical Li Huailin made a determined effort and made his own game capsule entering into the new online game 《Heart of Glory》. But he didn’t think that he actually got his game character stuck as a bug.

Right when he thought that he couldn’t play this game anymore, his character died once and his experience suddenly skyrocketed. And thus he was enlightened…

If you don’t seek death then you won’t die, to level up Li Hailin started his life of desperately seeking death.