All Stars are My Gourmet Fans 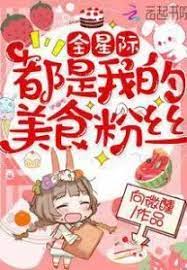 Jiang Qiuqiu, a food blogger in the 21st century, has traveled to the interstellar era.

#Shock! The fan rankings of a certain anchor in the food live category is simply a Federal press conference!#

The first fan on the list is Admiral Mosi, the Blade of the Empire!

The second on the list is His Excellency Jones, the Chief of the Cabinet!

From the third to the twenty fans’ list, there are 18 conscripts from the Federation!

Jiang Qiuqiu originally only wanted to cook and make ends meet, but she unexpectedly became famous, enlisted in the army, saved a legion, and picked up a husband.

One day, a short video became famous on the federal network. In the video, the hottest Internet celebrity surnamed Jiang tweeted a video where a tall, handsome and imposing Admiral, who destroyed the hands of the Zerg queen, holding a kitchen knife to cut carrots! And the tweet said: I finally found a man who can cook for me.

Countless people are screaming for this beautiful love!