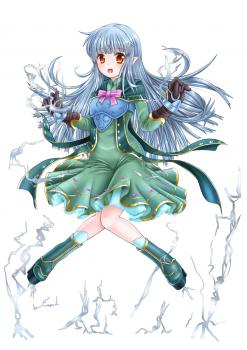 Arisugawa Akito suddenly finds himself in another world and another body, namely the one of the game character he just created, a female named Alice. This was not the work of virtual reality technology.

Join him as he struggles with the world, his new body and the puppies after his life as the dream of being the strongest feels suddenly far away…. as does being a man.

This novel had its name changed from “Nekama shiyou to omottara, isekai tensei shite onna ni nattandaga!” to “Alice Tale in the Fantastic World” on the 4th of November 2014.