Aku no Joou no Kiseki 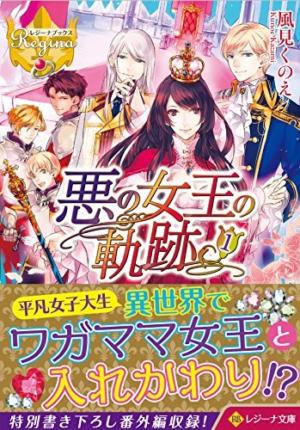 By the time she realized it, university student Mari had fallen onto a battlefield. Looking around in confusion there was a large crowd of knights clad in western armor. They called Mari “Her Majesty”. It appears that she was in the middle of a war and her forces were at a disadvantage. Certain that this was a dream, she worked out a plan and achieved victory but… somehow, she had really replaced the queen!? What she understood after was that the origin of the war was the queen’s misgovernment and that she couldn’t return to her original body. So Mari decided to reorganize the ruined country–? Drawing the truth of the tracks of love, it’s a miracle fantasy!