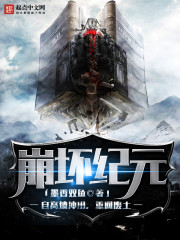 What was originally an ordinary day, suddenly became a historical turning point. Enormous, mysterious Cubes appeared all over the world without warning and as if Judgement Day’s spears, inserted themselves into the blue planet.

From inside the enormous Cubes, endless streams of monsters gushed out alike raging tides, utterly defeating the unguarded armies of each state in the blink of an eye.

In order for humanity to preserve its final embers, the heads of states issued orders of retreat, to no longer attack the Cubes but rather to cling to remote cities, which they turned into self-sufficient survivor bases and around which they built 100-meter-tall Walls of Life!

Many years later, while bearing the heavy weight of history, the first expeditionary force brought back a world changing piece of information. The Cubes possessed exceedingly high intelligence and they regularly transmitted mission instructions to humans nearby. The mission rewards were incredible.

Since then, humans rushed out of the confines of the walls and once more set foot on the wasteland!