After Transmigration, The Male Lead and I had a HE 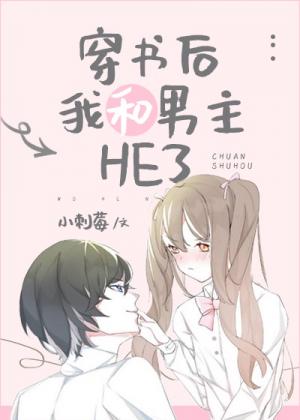 Su Qiuge transmigrated into a novel and became the villain’s cannon fodder younger sister who was constantly courting disaster.

Not only did her brother dislike her, but she also offended her brother’s sworn enemy, the male lead.

After she transmigrated, Su Qiuge decided to curry favor with the male lead so that he would abandon his plans of revenge against her. She wanted to transform her cannon fodder fate and became an obscure passerby in his life instead.

Her plans were going smoothly, until one day she saw the aloof and cold male lead staring at her with a terribly dark gaze full of possessive desire.

Later she realized that the male lead who seemed like a good student was actually black-bellied and full of unspeakable intentions towards her. QWQ

Su Yuanzhou always disliked his bootlicking sister, but one day he discovered that she had stopped following him around.

Later, he unexpectedly found his sworn enemy, Xie Xinglin, trapping his sister against the wall and between his arms. With an ambiguous and languid expression, he coaxed in a soft tone, “Just give up on that useless brother of yours. What Su Yanzhou can give you, I can too.”

Su Qiuge never saw this day coming. After all, Xie Xinglan was the school’s untouchable flower and placed first every year without fail.

When he first faced Su Qiuge, his expression was cold: “Stop following me.”

He was the one who was also wild with jealousy.

“You’re not allowed to look at other people. Is that man better looking than me?”

He was the one who kept deliberately trying to tempt her.

“Kiss me and I’ll leave this school year’s first place for you?”

He was also the one who’s eyes had turned red with regret when he realized that everything was already too late.

“Qiuqiu, be obedient, and don’t leave me, okay?”

Villain: I don’t want such a worthless little sister.

Male Lead: I will never fall in love in this lifetime.