After Transmigration, I Spit Rainbow Farts and Overturned the Car 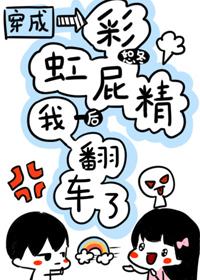 As a popular variety show artist with a talent for trolling, Lin Luo is on the verge of being beaten up every day, until one day, she suddenly transmigrated as a cannon fodder with the same name as her in an unfinished novel. The system told her that if she wanted to go back, she had no choice but to flatter the male protagonist, and to figure out how good the male protagonist was.

From then on, she she became the little dog-legged secretary of the entertainment industry boss, a beautiful person with a sweet voice who released rainbow farts in a fancy way 24 hours a day at 360 degrees.

And thus, she spent her days praising the cold and stiff big boss into an immortal, while counting the increasing favorability value, impatiently waiting to go home, and cursing the male lead as a stingy dog who calued his favorability points like silver.

However …… she slowly found out that the boss looked at her with a weirder and weirder gaze, and that the favorability, after many ups and downs, finally didn’t rise anymore.

Damn it! No one told her that the boss could read minds, f*ck! Xiao Luoluo overturned the car!

Note: ‘rainbow farts’ mean exaggerated appraise/flatttery, and ‘to overturn the car’ means to fail in doing something