After Transmigrating, the Wealthy Actor and I have a HE Ending 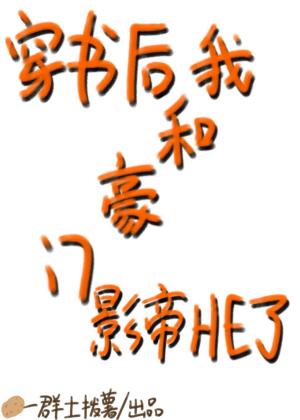 Sheng Xing Ze accidentally gets pulled into an absurd BL story and becomes the cannon fodder villain who only lives up to three chapters of the book.

In order to survive, he decides to stay away from the protagonists.

The director and his wife are having a quarrel:

After that, the filming crew watches as the director runs around confessing his love to his wife on a loudspeaker.

The Idol King and the Idol Queen breaks up:

After that, the news of the Idol King kneeling down on one knee to propose to his girlfriend is all over Weibo.

The president and his wife wants to divorce:

Later on, the president books out the entire building to apologize to his wife.

The Film Emperor and his boyfriend quarrels:

Shen Xing Ze: …Don’t get in my business.

#Got found out that I’ve mistaken my spouse likes to wear women clothes, what should I do, waiting for response#

Shen Xing Ze’s fans have always been in distress, their idol is so different from other idols.

Other idols will try to compete for a chance to be the male lead, but their idol only focuses on being the golden mediator.

Other idols’ fan meetings will have games for them to play to win the idols’ autographs, their fan meeting is about requests to sort out family conflicts and couple quarrels.

The Film Emperor and other famous celebrities are willing to let him gain some popularity from them, their idol will straight out reject them because he doesn’t know them well.