After Transmigrating, the Bosses Begged Me to Plant the Land 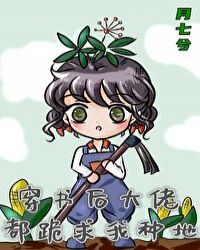 Shen Tingshuang is a ten thousand-year-old ginseng spirit who has been transmigrated into a book after being struck by lightning, where the original owner is a the villain of the entertainment industry.

The original owner was the real daughter, but was forced out of the house by the fake daughter.

Because of lack of money, she sold the mountain that her maternal grandmother had left for her. With the money, she went to the Internet celebrity road.

In less than half a year, the money ran out, and she entangled the male lead, harmed the female lead, and went to a dead end.

Shen Tingshuang who transmigrated was dying, penniless, and had to complete all kinds of weird tasks from the system in order to restore her spiritual veins.

After the spiritual veins recovered, Shen Tingshuang who was about to roll up her sleeves and have a big fight with the system, opened the door, and saw a group of big men squatting at the door. Seeing her, their faces were full of joy. Boss, we will help you fight! Can you give us an extra box of fruit?

This does not seem to be a following the script?

Shen Tingshuang only wanted to farm the land well, but some people reported that the vegetables and fruits she planted contained hormones.

No matter who likes to buy or not, she won’t sell!

That night, big bosses ABC gathered together eagerly at the bottom of her mountain.

Big Boss A: Boss, now the whole network knows that what you grow is the best.

Big Boss B: Those people no longer dare to spread rumors at will!

Big Boss C: So, boss, can you still sell vegetables to us?