After Transmigrated into a Book, I’ve Gained an Entire Family of Cannon Fodder 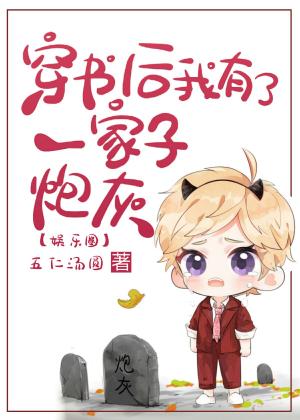 Qi Xing Chen gets transmigrated, he transmigrates into a pleasure reading novel about showbiz world and becomes a cannon fodder of this novel.

This character’s name only appears one time on the tombstone, because he gets killed by the main male lead of the book.

Due to this, Qi Xing Chen can only say you reap what you sow to the original owner. However, his goal now is to stay alive throughout the story, so that he can somehow return to the real world.

But, when he seems to have some issue when he knows about his new family’s style.

Cannon Fodder Dad: I’ll buy you a private jet and build a private airport next to our family’s mines. Isn’t it enough for you to play for half a month?

Cannon Fodder Older Brother: The Hollywood movie that we co-produce and the hottest IP drama of the year, you can chose between the two.

Cannon Fodder Younger Brother: (push the paparazzi’s head into the muddy water) Oh, you dare to secretly take pictures of my brother, I will make you see the sun rising at the crematorium forever!

Cannon Fodder Childhood Friend: Xing Xing’s graduation project is being mocked by the entire social media? Teaching Assistant, give him my projects so he can play with them.

So, Qi Xing Chen, who has not been spoiled all his life, waves his hands in tears: Isn’t it just to kill the popular male lead? Don’t waste your life away, let me do it!

Later, the male lead has calmed down from his high and buttoned up, looking at Qi Xing Chen on the sofa with flushed face and curled toes: “Not enough or pretending to be dead, hm?”

(thinking that he could) change his fate! Bottom x most-sought-after star! Top

— You’re the brightest star in my night sky.