After The Breakup, I Became The Marshal’s Wife 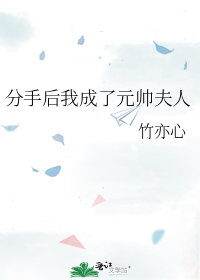 Lu Bo Ting was facing a mental collapse crisis because of his high mental strength, and only one person’s quantum beast could help him. So he spent money to hire them just to prolong his life.

Transmigrating to the scene of a breakup, the little phoenix Shi Nian kicked the scumbag, without saying a word, turned around and got into Marshal Lu’s flying vehicle.

The two sides soon agreed that the quantum beast was indeed very effective and Shi Nian was quite professional, although a little arrogant. He dutifully said “boss”, but he dared to make the boss eat his leftovers.

By this point, Marshal Lu’s heart was moved.

He looked at the clause on the contract saying the employer must not have feelings for the employee, and wished to travel back in time, to wake himself up at that time.

Looking at what Shi Nian was doing at the time, he just sent the scumbag and the vicious stepmother to prison in tears. A rapidly popular online shop for mecha opened up on the star network and he put on a vest saying that he was a fan.

Black fans: You only know how to study hair lengthening and beauty potions all day long, why not make some potions for social use? Look at his idol, he is obviously also a guide, but he can beat up sentries.

At that time, he immediately came out and praised the black powder, and also praised his vest number, as if he was not praising himself at all.

Until later, the vest fell off, and the black fans were dumbfounded.

Fans were happy: What is this? A fan of yourself? Shi Nian is still Shi Nian, he plays too much.