After Rebirth, I Decided To Inherit the Family Property 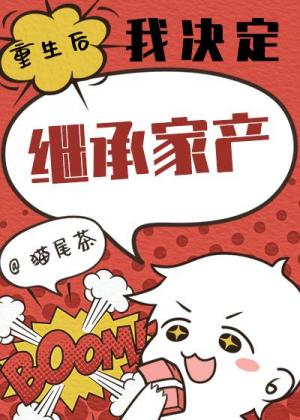 From the beginning of his debut, Song Yiran and Qin Ke became bitter enemies. They could not see each other properly and had been fighting for years. Until one day, Song Yiran had a dream.

He dreamed that he was originally a cannon fodder of a novel, and that, no matter how hard he tried, he was bound to be a miserable cannon fodder to set off Qin Ke, the hero.

But fortunately, when he woke up, he was reborn again.

Looking back in the past, Song Yunran looked at his family’s luxury mansion, counted his assets and suddenly realized—

He wants to inherit the family property, be a domineering president who calls for wind and rain, and then take his money to humiliate Qin Ke. He must let Qin Ke kneel down and call him Lord Gold Daddy!

When Qin Ke accepted a new play, Song Yunran hurried to invest: “Do you like this play? Call me Daddy.” Qin Ke gave him a cold look and turned away.

When Qin Ke signed the endorsement of the Song family product, Song Yunran personally went to the spot of the advertisement shooting: “Do you like the endorsement? Call me Daddy.” Qin Ke stared at him meaningfully, without speaking.

When Qin Ke needs to go to Variety show with people, Song Yunran takes the initiative: “Want to find a partner? Call me Daddy.” Qin Ke gave a deep thought and chuckled.

Everything went very well, but one day……

Song Yunran watched Qin Ke lower his head and whisper in his ear;”You want me to let you go?Come on, call Daddy to hear it.”