After I Transmigrated As A Fake Young Master, I Became Popular 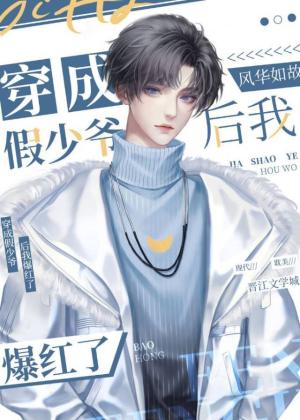 “After Marriage With Your Ex, After Falling In Love”,

Lin Yanran transmigrated into the book as poor and beautiful cannon fodder. The cannon fodder was not only brainless but also a wealthy fake young master.

Because he bullied the protagonist, the real young master, he was kicked out of the house by the wealthy adoptive parents and suffered all kinds of slaps in the face, and finally died tragically. The whole entertainment circle regarded him as a laughing stock.

When Lin Yanran died and transmigrated into. He was so poor that he could hardly have money to eat not only that he was abhorred by the audience. Looking at the severe abuse and the balance on the bank card, Lin Yanran smiled lightly.

The audience of the variety show called him a waste. The concept stage was immediately revamped, and the video went out of the circle and became a hot search.

The audience of the variety show believes that his IQ is low.

The director was frightened and cried begging him not to give the correct answer again.

Travel variety viewers don’t want to see him. A piece of guzheng was fresh and refined, the white clothes fluttering like an exiled immortal, crying for international friends.

Audience: Thank you, slap in the face was delicious!

Lin Yanran, who has been turning against the wind and determined not to let himself die tragically, never thought that one day, a lady would gently embrace him in her arms.

The other party was excited and burst into tears:

It was not until he was taken home by his biological mother that he realized that his true identity was the young master from a very wealthy family!