After He Swapped Bodies With His Pregnant Wife 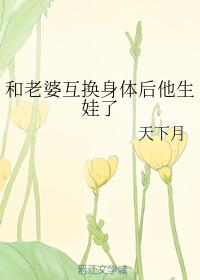 Hou Yang stepped on the air when he rushed down the stairs only to wake up and find that he had exchanged bodies with his wife Shen Rongrong!

After the swap, Hou Yang threw up every time he ate and felt that it was necessary to go to the hospital for a check up but was stopped by Shen Rongrong.

* 特麼 / TM: His mother; (slang) 特麼 has the same pronunciation as 他妈, a Chinese slang that literally means f*ck you.]

Huo Yang realized that he was not only pregnant, but also had to complete the dubbing work of his wife.

As a result, he accidentally became the top trend in the dubbing circle and stirred up a tumultuous storm.

Fans were crazy for him: “Ah! ah! ah! ah! So sassy, so stunning, so beautiful! Sister Rong is the best!”