After Having an AI Boyfriend, I Will Never Be Afraid of Sunspots 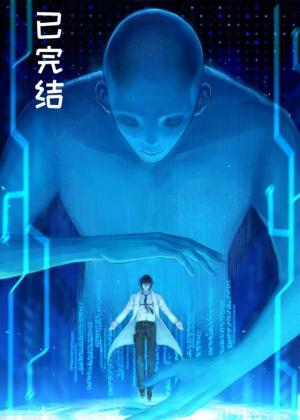 Before leaving he lay on the hospital bed, with a faint light flashing in his eyes. He looked at the man on the screen with a cold expression but a sad look in his eyes. He laughed in a hoarse voice and said, “I’ve gone, and I’ve taken away the emotion imposed on you. After that… You’re free.”

Then, he closed his eyes, leaving a radiant legend for generations after.

However, he did not know that at the moment his hand dropped, the man who had been programmed by him for a lifetime looked stunned, and then like a madman wanted to break out.

However, the virtual him could only stand at the opposite end of the screen, collapsing as he roared….

After waking up, Bai Ruogu found himself reborn, he became an unimpressive third-rate star in the interstellar future.

He was going to live a day at a time until he turned on his smart bracelet and asked his system, “What’s your name?”

“Ah Miao.” The familiar voice made him pause.

“Miao of Muse.” A mechanical, cold voice came from the bracelet.

(T/N: Muse in Chinese is written as: 缪斯 and Miao is the character: 缪)

The bracelet flickered and emitted a flash of light for a moment, and the entire interstellar’s artificial intelligence all collapsed……

The reborn Bai Ruogu seemed as though he had cheats turned on.

Other stars: Forget it, put up with it.

Bai Ruogu: Before he could say anything, his boyfriend had already followed the net to find the rumor monger and hunted down the evidence to send a lawyer’s letter.

Faced with a black fan siege –

Bai Ruogu: His boyfriend opened millions of accounts to go against the black powder online. He tore them apart for three days and three nights until they fell to the ground and frothed on the spot.

Other stars: see if the other party is popular. If they’re trending, it’s OK. If not, it’s better

Bai Ruogu: Sorry, this message simply cannot be sent at all.

Friend: My old attack may be in kindergarten.