After Being Turned Into a Dog, I Conned My Way Into Freeloading at My Rival’s Place 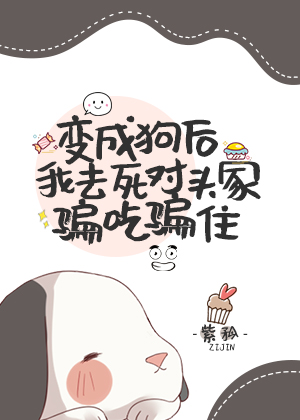 When celebrity singer Ning Yan suddenly found himself turned into a white puppy, he ran into his rival Lin Rong, who just happened to pass by while Ning Yan was at a loss for what to do. Based on the idea that if he had to suffer then Lin Rong must suffer with him, Ning Yan tried all the tricks in the book until he successfully enticed Lin Rong into taking him home.

Just as he was dreaming about conning the man out of food and house, the apartment door opened… to reveal a wall filled with his posters and a body pillow in his image on the bed.

The man hugged the body pillow, smiled at the puppy and said, “My beloved Yanyan is so pretty, right?”

To which Ning Yan could only respond by calling Lin Rong a pervert.

The puppy Lin Rong picked up was a little dramatic. First it bit down on his leg and refused to let go until Lin Rong took him home. That same night it pawed at the closed apartment door wanting to get out. A few good meals later, it flopped belly up in the dog bed and looked at him with thoughtful eyes.

One night several days later, Lin Rong came home drunk. He dreamt of the white puppy turning into his beloved Yanyan, lying on top of him in flustered surprise. He also dreamt of Ning Yan touching him everywhere when he realized how drunk Lin Rong was.

The next day, the white puppy was curled up peacefully in the dog bed. Lin Rong thought deeply for a second, went into his room, and found the security footage from the living room.

He squinted thoughtfully when he finished reviewing the footage.