After Becoming The Tyrant 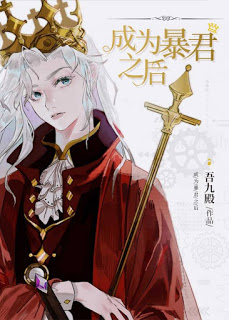 [His iron cavalry kicked up wild gales, and his fleet of ships wove an unbreakable net.

His power shook the four seas, he was the ruler of the world]

Zhu Chi, who didn’t want to die, made a deal with the devil in exchange for the chance to survive in another world. The new body was young, full of vitality, and full of life.

Zhu Chi finally escaped from the smell of the hospital ward’s antiseptic wipes, and he smiled with joy.

He, wearing a royal robe and a crown, ruled over thirty-six states and was the only Emperor in the Western Continent.

The devil was indeed the devil, treacherous, cunning, and sinister.

Now, Zhu Chi, who had recovered his health, had to face all of the hatred and animosity:

1, the nobility deprived of their titles

2, the cardinals who were deliberately suppressed

3, the leaders of the chamber of commerce whose wealth and property were seized

As well as: face an assassination seven days later.

If still according to the script, he would be exiled in four months, and then hanged in front of the Mohn Tower.

He rolled up his sleeves leisurely and smiled: What about the tyrant? If I want to, this tyrant can also rule the earth.

[I want the Rose King’s flag to fly across the mainland, I want the glory that will be like a sun that will never set, I want wherever the golden carriage passes to receive allegiances from all the people.

Born to be King]

Associated Names
Related Series
—
Recommendations
Latest Releases
G
All
Read After Becoming The Tyrant and other Light Novels over at BookWalker!
Next
Explore
Tools
Add