After Becoming the Hero’s Ex-fiancée 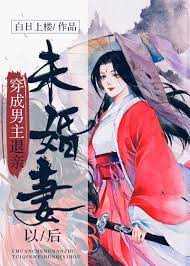 Zheng Wan, the foremost beauty in the capital, has a powerful father who served in court as the Senior Grand Secretary and an aristocratic mother from the royal Langya Wang clan; she is the pampered noble lady who has proudly lived for sixteen years.

The story of a book,《Sword Sovereign》, unfolded in her dream—when she awoke, she realized that she was actually a character in that book.

The young beggar she slapped and rejected his marriage proposal was the hero of the book, he was destined to soar to immortality and become the peerless swordsman of both heaven and earth.

While she, Zheng Wan, was just a minor character—the abandoned fiancée whose family was about to be torn apart and eventually dies a miserable death.

Zheng Wan: …What else can I do?

Of course, that is to: praise him, flatter him, sweet-talk him, and become his admiring lapdog.

Cui Wang believed that in this life, there was only the way of the sword.

Until one day, he met a leisure-loving, labor-hating, vain and arrogant woman.