Accompany You to the Top of the World 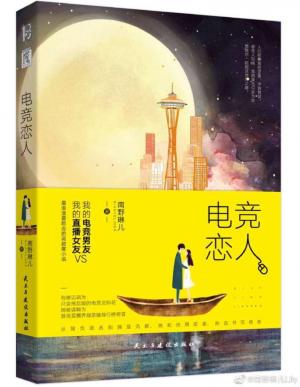 None were as good as the song he sang to make her happy.

Ji Xiangkong, a well-known “battlefield fraudster.” His face value made him good at picking up girls, causing many girls outside the esports circle to become his fans.

In an international esports competition, Qiu Ying, who was misunderstood as “the number one green tea b*tch of game streaming,” met him.

She originally thought she had caught a trump card who could save the popularity of her streaming, but was completely unaware that his reputation inside the esports circle was strangely terrible. When they were together, her popularity didn’t increase, but rather decreased.

This farce connected her to him by fate. Through misfortune, she realized the goal that she wanted to fight for. And by accident, she found out that he was actually a misunderstood genius…

Their fates intertwined due to a misunderstanding, developing into a sweet love. Even if they are misunderstood, why not bear a bad name? She and he would fight back to win the supreme glory that was exclusive to them.