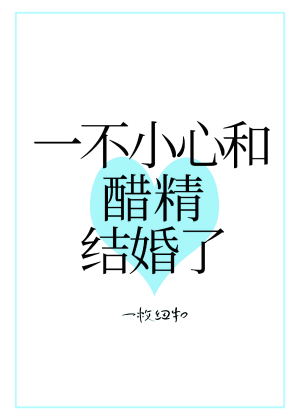 For some reason, Chu Yi went to a bar to drink some alcohol and his life changed drastically as a result.

Something unspeakable happened and he accidentally picked up a husband.

The husband he collected was coincidentally his senior from the same school. His name was Qin Yiheng, the flower of Gaoling, who was said to be difficult to approach.

However, he didn’t expect that this flower of Gaoling is not only attractive and invisible, he’s also a man who easily gets jealous.

He’s jealous when Chu Yi was talking to others.

He’s also jealous when Chu Yu smiles at other people.

He praised other people’s husbands for being jealous.

Even though Chu Yi posted on his social network about his circle of friends, his husband was also jealous.

Later, Chu Yi understood that his husband should be pampered if he is the only one in his heart.

Qin Yiheng’s life has always been in his own plan and he had never crossed a difficult decision in his path. Until one day, he met a person in a bar and something happened between them.

In a responsible manner, he married the person as his wife and included him in his plan. He was ready to live a life with mutual respect between a husband and wife. He will also not subject the other person to suffering.

However, he didn’t expect that the husband he picked up would be this impressive.