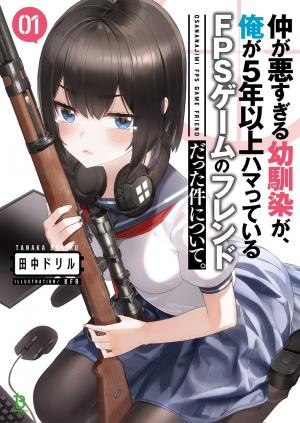 I, Amekawa Shintarou, don’t get along with Haruna Natsuki, my childhood friend that lives next to me. When we were younger, we were so close that we promised to marry each other, but I got addicted to an FPS game, and I gradually distanced away from Natsuki. Before long, our relationship ended where we would talk harshly to each other every time we meet.

One day, I had to give printouts to Natsuki who left school early, and I got to enter her room for the first time in 5 years.

However, she wasn’t there, and instead I found an expensive gaming PC.

Displayed on its screen was the post-battle result of an FPS game I’ve been playing for years.

At that time, I was surprised by her kill count and her username.

The player ranked second in the world; [2N]

There’s no way that my childhood friend is 2N, the player ranked second in the world stage, the remarkable sniper player, and my best friend!!