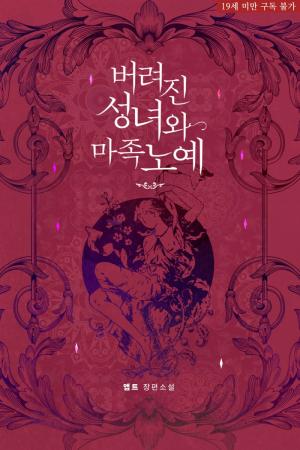 Saintess Yoo Jinah, who came from another world, brought victory in the war against the demons.

Her joy of being able to return home was short-lived; Jinah collapsed after being struck by the demon king’s final blow

After waking up from a death-like agony, she had no more divine power left and was abandoned after fulfilling her purpose.

A year later, Jinah who was completely ignored and unable to return home, secluded herself in a lonesome place.

She learned that s*avery, which she had abolished long ago, had been revived; demons were being secretly bought and sold as s*aves. Yoo Jinah, who secretly participated in a s*ave auction, was reunited with the former demon general Varat Baal.

Even if the world had abandoned her, Jinah still decided to bid on him for their sake— the heinous demon Varat Baal could not be released.

The thought of living with Varat, who was infamous for his cruelty, made her worried sick.

Like this, the cohabitation life with a demon s*ave who was far too sexy for the saintess had begun.