Abandoned Bastard of the Royal Family 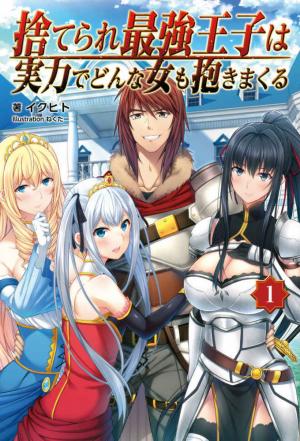 Schild was raised as a bastard, not knowing the identity of his father.

Because of his mother keeping a secret of his identity, he and his mother were looked down with contempt in the village. Harsh treatment and cold eyes came one after the other, and Schild, who was constantly treated that way, grew up to be a bad, yet a tough child. Out of patience for his misbehavior, many of the villagers actively encouraged Schild’s mother to marry, and when he was 13 years old, her mother decided she couldn’t take it anymore and finally joined the arms of another man.

After remarrying, her mother’s new partner declared that has no intention of feeding Schild. More than that, he was forced to leave the village, also by the unanimous decision by the villagers.

Finding that she could no longer have any backing to remove that decision, adding the tiredness of the tribulations she had with the child, his mother gave him a sword before leaving, the only clue of his father’s identity.

“This was a keepsake given to me by your father. He told me to give it to you when you grew up.

Take this sword to the royal capital. Your father is there. Once you deserve his qualifications, you will naturally meet him, eye to eye.”

Years passed. With the help of the first princess, Cymbium, Schild learns that his father is the current king. However, Schild at that point no longer cares of his father’s identity. Instead of forgiving and coveting riches as a long-lost prince, he decided to smash the head of his father, who had left him and his mother behind in such a cold village, instead!

However, the time he arrived, the king is already on his sickbed and refuses to let anyone see him. With Cymbium’s political maneuvering, it will be possible, but it will take a long time.

To alleviate the wait, Schild decided to look for a place to live for himself if he is to settle down in the capital for a long time. This is where the guild introduces him to a lodging house in a certain mansion, and it included s*x with its beautiful landlord!

Will he be on time to meet his father? What will happen to him right after? Schild’s adult life in the royal capital begins now!