A Witch Lives In The Emperor’s Bedroom 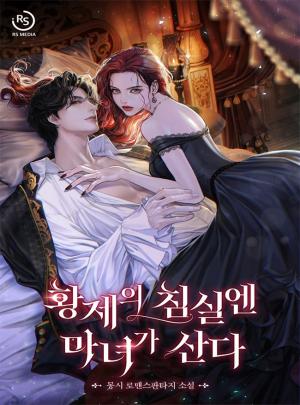 Every human being is a mere actor on the stage known as ‘world.’ As such, I play a role, even if it’s as a witch.

Once every hundred years, a so-called ‘witch’ is born in the Latus Empire. Witches are believed to have otherworldly magical power as well as a strong desire to annihilate that does not cease until they have slaughtered thousands of people. This is why, on Witch’s Day, all pregnant women are detained, monitored, and any witches born are executed right away.

–Dying on Witch’s day would be fine, if only I could take vengeance on those who had harmed me.

‘Isabella,’ adopted as the White family’s daughter and tortured till now, vowed to get revenge while pretending to be innocent and s*upid.

One day, she awakens as a witch.

–Be the Grand Duchess.

Archduke Jenos Ferdian, who appears to be the emperor’s faithful dog while concealing his true motives, witnesses Isabella’s awakening as a witch amid marriage preparations with the first daughter of the opulent White family.

He offers her to become Grand Duchess to help him rise to the throne, and Isabella joins hands with him, planning revenge on the White family.