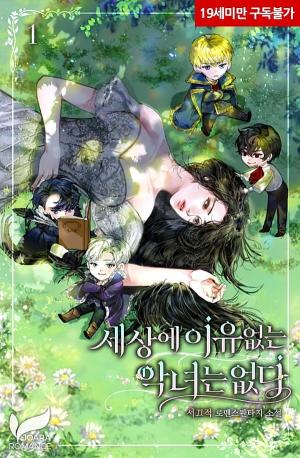 A love of the century produces a rare marriage between the witch Hanella and the holy knight Tarotte.

He is an excellent husband who loves his wife and will do anything for her.

I believe so too, and everyone envied us.

Until I found out about his relationship with Rosearin, his stepsister…

“Don’t even think about divorce. Only when I have you, can I stay with Rose like this.”

In the end, I turned to using forbidden magic to punish them.

“Burn the witch Hanella Reeve Ariel at the stake!”

That’s how my life ended. No, it’s definitely over…….

When I opened my eyes, I went back to before I met Tarotte.

In this life, I decided to live a new life avoiding the unpleasant ties of the past,

But the endless tenacious obsession of the Thearin siblings continued.

‘I will be a wicked woman with no blood or tears for you two.’

But why do I keep getting unnecessary attention from men I have never seen in my previous life?

From the Crown Prince of the Empire, to the next Commander of the Knights,

To Ron, the Norwen’s commissioner, and even to Igrim, the monster collector maniac.

The story of Hanella, who had no choice but to become a wicked woman.

In this world, there’s no such thing as a wicked woman for no reason.