A Villain For Your Sake 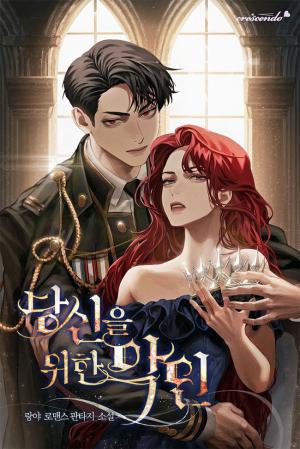 “He warned me not to touch you till his dying breath. Isn’t it amusing? I believed it was a forced marriage.”

The trampled heir to the throne, Yvon Calvester. When Esmeralda saw her husband’s severed head tumbling on the floor, she understood everything.

It wasn’t our relationship that went wrong; it was my life decision to choose the wrong Emperor.

“What if I were your Master? Will you be my schemer at that time?”

That’s why, if she had another life, she’d toss everything away. She wouldn’t be his wife this time, but rather his strategist.

But why do you keep forgetting?

“This isn’t our first kiss.”

Will I end up following the same path again, am I?

He wrapped his arms around Esmeralda’s neck and pulled her closer.

“I certainly gave you a chance.”

–So you can’t run away. The scarlet eyes filled with desire seemed to say so.